A limited 12” of the single will be available for Record Store Day on RSD Weekend June 12, 2021 with artwork by the late Cornwall-based abstract artist Sir Terry Frost.

Built around two distinct and disparate vocal samples and a woozy swirl of psychedelic sound, The Darkness That You Fear is the sonic equivalent of light at the end of the tunnel – a rush of hope and a pointer towards a brighter, more open future.

About the new track, Tom Rowlands commented, “’The Darkness That You Fear’ is a hopeful piece of music. When we found the combination of the different voices worked set to the flow of the music, it made us feel optimistic—like it was something we wanted to share.”

A wildly hallucinogenic and beautifully evocative video for the track has been made by Ruffmercy, the Bristol based director who has previously worked with artists such as Thom Yorke, Run The Jewels and DJ Shadow.

Ruffmercy comments, “When I first heard the song I immediately connected with the theme and the overall positive vibe. New government rules for relaxing lockdown had been announced and combined with the sun shining, it left me feeling positive about the forthcoming summer. It also triggered a strong sense of nostalgia that led to me going back to look for visual inspiration from the period in time when I first discovered The Chemical Brothers in the mid ’90’s. The video combines archive rave footage from the mid to late 90’s with hand painted Super 8 film textures and hand drawn animation. I love using colour to create chaos and evoke emotions and this was the perfect project to do that.”

Republic Record’s executive Glenn Mendlinger, who brought the duo to the label comments, “The Darkness You Fear marks the return of the mighty Chemical Brothers.  It is a classic Chemical Brothers opus that is psychedelic, lush and full of optimism.  Tom and Ed once again prove they are pioneers of the genre with this uplifting track that is perfectly timed as the world comes out of darkness into light and color.”

“This was a song that just fell out of the sky fully formed,” says Florence Welch. “Sometimes when you are performing you get so high, it’s hard to know how to come down. There is this feeling of being cracked open, rushing endlessly outwards and upwards, and wanting somebody to hold you still, bring you back to yourself. It’s an incredible, celestial, but somehow lonely feeling.”

The Record Store Day release of “Sky Full Of Song” will be backed by a recording of “New York poem (for Polly),” taken from Welch’s forthcoming book Useless Magic: a collection of lyrics, artwork and poetry offering a unique, personal insight into her creative process. Useless Magic is out July 5 via Crown Publishing/Penguin.

Tame Impala has released Live Versions, an album of songs selected from a 2013 Chicago Tame Impala concert on Interscope Records. Chief songwriter Kevin Parker chose the 9 tracks for the record based on how different the live versions are from the album versions. Parker’s goal was to give fans something they won’t already have; something they’ve only previously experienced at a Tame Impala show. Songs from this show were recorded by and broadcast on WXRT. Live Versions was originally released on vinyl only as a limited release in celebration of 2014’s Record Store Day and was the highest selling Record Store Day 2014 release. The album will be made widely available via Amazon MP3, iTunes, and Google Play.

Listen to “Mind Mischief” off of Live Versions here

Winning widespread critical acclaim from music publications, and also winning the hearts of music lovers the world over, Tame Impala’s most recent album Lonerism was released in late 2012 and has gone on to sell in excess of 172,000 copies in the United States, and was nominated for Best Alternative Album at the 56th Annual GRAMMY Awards. The band’s sophomore album, features the hits “Elephant” and “Feels Like We Only Go Backwards.” The album reached the #1 spot on the CMJ chart and received wide commercial airplay as well. 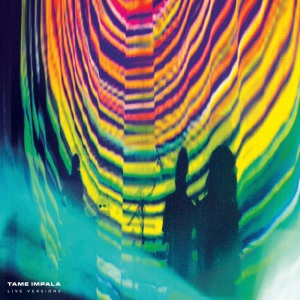 02. Why Won’t You Make Up Your Mind (Live Version)

Listen: Dale Earnhardt Jr. Jr. – “If You Didn’t See Me (Then You Weren’t On The Dancefloor)”

Dale Earnhardt Jr. Jr. are back! The Detroit duo of Josh Epstein and Daniel Zott are currently putting the finishing touches on their sophomore album, which will be out later this year. In the interim, DEJJ will offer a taste of what’s to come. Patterns, a brand new EP, will be released by Warner Bros. Records in the US on April 16th digitally and April 20th physically as a vinyl only Record Store Day piece. The physical version of the EP will include two exclusive remixes. The band just premiered their new song, “If You Didn’t See Me (Then You Weren’t On The Dancefloor)” on their website. “Dancefloor” will be available on iTunes April 2nd.

Listen: Dale Earnhardt Jr. Jr. – “If You Didn’t See Me (Then You Weren’t On The Dancefloor)”

The band will be celebrating the release of Patterns with a select number of headlining shows, including a special hometown Record Store Day show in Detroit at The Majestic Theater for the second year in a row. They’ll also be performing in NYC, Austin, Los Angeles, San Francisco and Chicago. All confirmed dates are below. 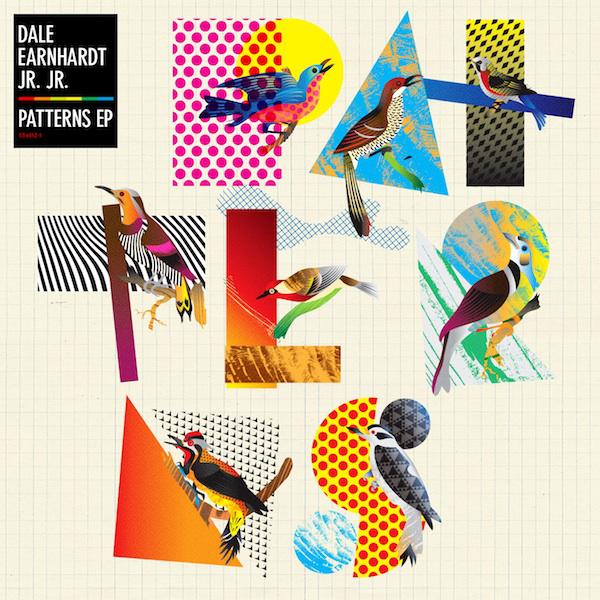 1. If You Didn’t See Me (Then You Weren’t on the Dancefloor)

The brainchildren behind two of Sweden’s most beloved musical projects have combined to form one artistic force, the result being an infectious pop revolution. Smile is the collaboration of Björn Yttling, world-renowned writer, producer and bassist of international indie-pop powerhouse Peter Bjorn and John, and Joakim Åhlund of bear-masked electro outfit Teddybears. The duo is excited to announce the May 29th release of their debut LP, A Flash in the Night, as the first artist album from the Swedish artist collective, Ingrid.  The recording is fully loaded with electro-focused pop tracks, many instrumental and constructed around addictive synth. The vocals that are offered are artfully sparse. The album features the single “Clean Gloves, Dirty Hands,” a standout instrumental track that The Fader has deemed, “excellent”, set amongst the hazy and nostalgic “Jean Michel,” complete with retro future-synth and the dream-pop gems “Crooked” and “Satellite Blues”

A FLASH IN THE NIGHT TRACKLISTING

With Record Store Day coming upon us, this is the perfect time to check out this app for iPhone and Android phones from The Vinyl District.

Besides having a feed from the website, The Vinyl District, the app features a  geo-location record store finding tool which is also keyword searchable (helpful when planning a trip to a strange city). Have a look & take a quick tour here. The app has stores listed in over 15 countries, mostly in the US & UK, and more are being added everyday. The app also features a calendar for record fairs in the US & UK, and a social aspect as well. Users can check-in to stores, leave comments about them, and also discuss purchases. This has opened up an entire new platform for vinyl & music lovers to communicate and support what matters most to us in real time, all of the time, every day.

In between one-off shows scattered around the world in the past several months The Flaming Lips have still found time to record a series of unique and experimental sessions for an album featuring a diverse cross-section of heavy friends from every corner of the musical cosmos. The Flaming Lips and Heady Fwends includes vocal and musical assistance from such disparate playmates as Yoko Ono, Nick Cave, Chris Martin of Coldplay, Bon Iver, Ke$ha and many more.

Some of these tracks have already appeared on previously released, extremely limited edition color vinyl 12″ EPs released in past months, which sold out as soon as they became available. Most of the tracks on the album are being released here for the first time and will surprise even the most ardent LIPS fans.

The Flaming Lips and Heady Fwends will be pressed on two high-quality, multi-color vinyl discs housed in separate custom art jackets and poly bagged together. No two discs will look exactly alike. This double album will be very limited and released exclusively for RECORD STORE DAY. Once it’s gone, it will not be repressed again making THE FLAMING LIPS AND HEADY FWENDS the most anticipated RSD release this year.

Track-listing for The Flaming Lips and Heady Fwends is as follows:

Record Store Day is managed by the Music Monitor Network and is organized in partnership with the Alliance of Independent Media Stores (AIMS), the Coalition of Independent Music Stores (CIMS) and celebrates the culture of independent record stores by playing host to in-store events/performances, signings and special product releases on a global scale on Saturday, April 21st, 2012.

In keeping with its commitment to the annual vinyl bonanza that is Record Store Day, a celebration of the unique culture surrounding over 700
independently owned record stores in the U.S. and hundreds of similar stores internationally, Warner Bros. Records has announced that it will make several vinyl pieces available on November 25th (aka Black Friday), exclusively in honor of 2011’s second annual Record Store Day. April saw the release of vinyl from The Flaming Lips, Devo, Mastodon, Sonic Youth, and others. The day after Thanksgiving, the following very special exclusive releases will go on sale in record stores across the country and at www.becausesoundmatters.com:

Remastered and reissued for the first time in 20 years, this Anniversary edition of the SoCal funk-rock giants’ classic 1991 album will be released on 140-gram red vinyl and is limited to 2500 units domestically. Produced by Rick Rubin, Blood Sugar Sex Magik has sold more than 15 million copies worldwide and was the Red Hot Chili Peppers’ introduction to worldwide popularity and critical acclaim, spawning several hit singles including “Under The Bridge” and “Give It Away.”

Iron and Wine: Live at KCRW

This live collection features Iron and Wine, fronted by Sam Beam, in an intimate on-air acoustic performance at Los Angeles’ influential tastemaker radio station KCRW this past Jan 26, 2011. This intimate performance includes songs from Iron and Wine’s current album Kiss Each Other Clean, and other favorites as well as audio from his interview with Jason Bentley. The package includes a limited-edition LP pressed in an edition of 2,500 copies only and a CD.

This limited-edition LP features six live tracks from Tom Petty and The Heartbreakers’ 2010 tour supporting their album Mojo – Petty’s first album with the Heartbreakers in eight years. It includes “Sweet William,” a B-side recorded live during the 2008 tour and referred to at the time by Rolling Stone as their “new favorite Petty song.” Limited to 5,000.

The Black Keys’ new record El Camino will be released Dec 6th on Nonesuch Records. Produced by Danger Mouse and The Black Keys, the album was recorded in the band’s new hometown of Nashville. A limited-edition 12″ of the already popular single “Lonely Boy,” pressed on limited edition vinyl, will be available at independent retailers as part of Record Store Day, with another album track, “Run Right Back,” on the B-side.

This three album, five disc box has been carefully recut for vinyl at Bernie Grundman Mastering by Chris Bellman and pressed on the finest grade 180- gram European vinyl for the highest quality analog sound imaginable. Box set includes: From The Cradle, Riding With The King and Me And Mr. Johnson, plus a unique 12″ x 12″ lithograph. Each box is beautifully packaged in a high quality paper wrapped design. This title is non-exclusive to Record Store day but limited to 2500 copies.